A 69 year old woman with no previous record was referred to my office by an attorney who had been working on the case and came to me for consultation on how to handle this DUI Drug/Alcohol case.  After a couple of consultations the client and attorney decided it would be best if the client hired me to be the attorney of record.  I immediately submitted a request for supplemental documentation to examine how they performed the blood analysis using head space gas chromatography.  I then set the case for trial.  The district attorney's office contacted me and told me that they are now electing to dismiss the case for insufficient evidence. 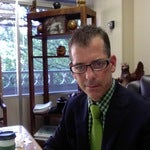 I have been representing people accused of drunk driving since I began practicing in 1995. I went to my first Sacramento DUI conference that year and listened to great DUI attorneys like Ed Kuwatch AKA, “Fast Eddie” and Lawrence Taylor who motivated me to study and practice in this area of law.